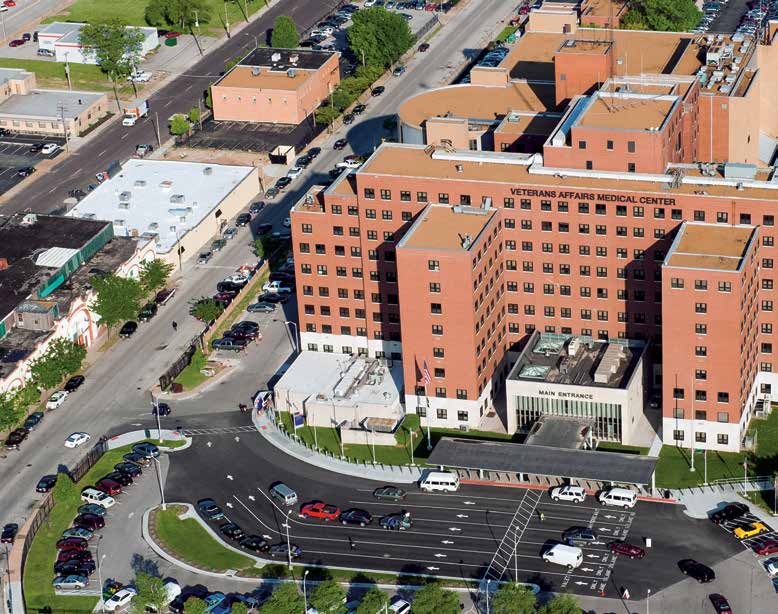 The decision to upgrade video surveillance at the VA St. Louis Health Care System was made during a major reconstruction and renovation of the two-site health care center, said Brown, who is in charge of equipment and security programs for the St. Louis, Missouri, health care organization.

The John Cochran Division, located in midtown St. Louis, provides inpatient and ambulatory care services, while the Jefferson Barracks Division 15 miles away in St. Louis County provides psychiatric and spinal cord injury treatment, rehabilitation services and geriatric health care. A multi-building campus overlooking the Mississippi River, the Jefferson Barracks site also includes a nursing home care unit and a rehabilitation domiciliary program for homeless veterans. The two sites serve more than 58,000 U.S. armed forces veterans and their families in east central Missouri and southwestern Illinois. The John Cochran Division had a video surveillance system with approximately90 analog cameras for a dozen or so years and had only recently acquired a single March Networks video recorder to try out when the decision was made to go state-of-the-art at the Jefferson Barracks site. “PASS Security has been our primary security system integrator for some time, so when we started on the Jefferson Barracks project, they recommended that we go with a March Networks system,” said Brown. “Kendall Addison of PASS Security explained all the features and benefits and assured us that it would be a superior system, but it didn’t take much to convince us because we already had that one March Networks recorder and we could see it was a better quality system than what we had.” A 24/7 monitoring center designed by PASS Security for the Jefferson Barracks site includes a video wall with four large flat screen monitors and a March Networks Decode Station running Site Manager software for video wall management. Six March Networks 8000 Series Hybrid Network Video Recorders (NVRs) were acquired for Jefferson Barracks along with a number of March Networks MegaPX WDR Micro Domes and MegaPX WDR Mini Dome Z IP cameras. “Once all that was installed, we decided to order another six March Networks 8000 Series recorders for the John Cochran site in order to standardize on one system,” said Brown.

At the John Cochran Division, which is located in a high crime area, cameras are installed in the lobby, the pharmacy and the methadone distribution center, as well as on all the floors in front of the elevators. 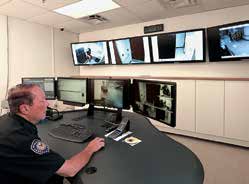 There are also cameras around the exterior of the building and some wireless cameras covering the parking lots. “Other than the patient wards, everything is pretty much covered,” said Brown. “No matter where you go, sooner or later you’re going to enter the field of view of a camera.” Among the main risks being managed are vandalism, drug diversion and car theft. In one incident, video evidence from the March Networks system was able to demonstrate that a police officer who used pepper spray on a suspect was justified in doing so. In another incident, police were able to capture images of a car thief from a series of cameras.

“If I have an incident, I can use the March Networks software to quickly pull up the recorded video, download it, burn it to a DVD and attach it to the report as evidence. It’s so much easier to use than the system we had before.” 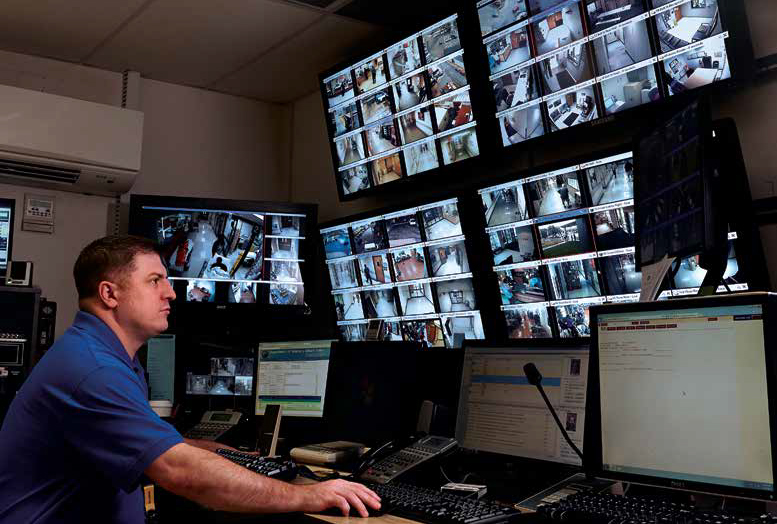 The VA St. Louis health care system (www.stlouis.va.gov) is a veterans affairs health care organization serving more than 58,000 veterans and their families in east central Missouri and southwestern Illinois. there are two locations: the John Cochran Division in midtown St. Louis and the Jefferson Barracks Division in St. Louis County. Together, they offer a broad spectrum of inpatient and ambulatory care services, including psychiatric and spinal cord injury treatment, rehabilitation and a domiciliary program for homeless veterans.

The hybrid recorders allow the VA St. Louis Health Care System to make use of its legacy analog cameras, but  “lately we’ve been transitioning to IP cameras, which give us ten times better quality,” said Brown.

The 32-channel recorders accommodate a combination of IP and analog cam- eras or up to 32 IP cameras.

Aside from the improved video quality, Brown likes the ease of use of the March Networks system.

“If I have an incident, I can use the March Networks software to quickly pull up the recorded video, download it, burn it to a DVD and attach it to the report as evidence,” he said. “It’s so much easier to use than the system we had before.”

Each 8000 Series recorder is equipped with four 3 TB hard drives, for total onboard storage of 12 TB — more than enough for 90 days of storage.

Brown is happy with the performance of the March Networks video surveillance system and has already recommended it to several other Veterans Affairs health care centers.  He is also impressed with the service he has received from March Networks certified provider PASS Security and technician Kathy Estrada.

“She’s a definite asset to me,” said Brown.

Put PASS Security to work for you

Get a Free Quote